Farewell to the Book Festival

The Edinburgh International Book Festival is over for me, although it continues in Charlotte Square, and I so wish I was still there. I've come away with lasting memories though, and an even greater admiration for writers, if that's possible. Irvine Welsh seemed an appropriate author to end one of the best week's of my life.

So it’s back to posting about the world’s great bookshops and literary landmarks, but first, here are the highlights of my final days at the festival. 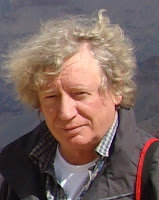 Cuba was the fifth country in the world to boast a complete railway system so Millar thought it fitting to take that mode of transport around the country. Unfortunately the train network hasn't been upgraded almost since its creation, so it was a slow journey (four hours to travel 42 kilometres), hence the title.

On the trains: The only air conditioning in the tropical heat came from the open windows and doors, and, "the toilets were so bad, it was the one time I was tempted to take immodium preemptively."

On the Cuban economy: The poverty is so extreme, it's depressing. A waiter in a bar asked me if I'd buy him a can of soft drink. The man then proceeded to share the can between six glasses so everyone in the establishment could have a try - I then of course bought soft drinks all round. The average person earns the equivalent of NZ$14.50 a  month.

Random fact: Millar's publishers are following in Cuba's economically disastrous footsteps, and they haven't paid the bills, so his hardcopy book is being withheld. No matter, because for every GBP2.99 Kindle purchase, Millar makes more than he does for the GBP12.99 hard copy.

Kirsty Gunn and Elliot Perlman
Gunn is the author of  The Big Music, an ambitious book set to the piobaireachd, the formal music of the Highland bagpipes. Perlman is the author of The Street Sweeper, a story that spans half a century, and jumps from New York, to Auschwitz to Melbourne.

As host Alan Taylor mentions, it's difficult to find much in common between these vastly different novels, but the one thing they do share is a reflection on memory and an examination of the art of story telling itself.

Kirsty Gunn on the imaginary versus the "real" world: The contents of books enter our minds as surely as any "real experiences" that happen to us. "To my mind the imagined world is as vivid and powerful as anything that happens outside of it."

On the structure of the two novels: Perlman plans in advance for what he's going to write about and structures it accordingly. Gunn says she always wanted to use the piobaireachd structure but only when she had the first line did she know how it was going to flow. It's the only novel, to her knowledge, that is set to a musical style. 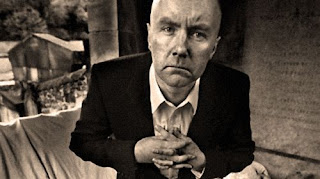 On writing the same characters again: I didn't want to go back to them, but I realised I'd created all these back stories for them that were valid tales in themselves. I also wanted to write about the 80s and the coincidental way widespread unemployment and the introduction of heroin happened at the same time. I was also living in fear that I'd get hit by a bus one day and all my unfinished notes would be published. "I want the characters to operate in a way that makes sense to me, not half realised."

How he views the characters following the Trainspotting movie: I always saw Renton as a slightly awkward ginger guy, but as soon as you see a character depicted by an actor, they become that person in your mind.

Why he portrays drug addicts so accurately: A lot of the addiction in Trainspotting came from experience, but addiction is so well documented now that it's much easier to write about.

On mythologising Leith: When Trainspotting was first published Welsh's friends were excited to see their story being told, but now the novel's ubiquity makes locals feel as if a part of their culture has been taken away from them.