McCall Smith has to be one of the most prolific writers of our time. I lost track of his books a year or so ago as he was producing them faster than I could read them. But now I’ve heard his jovial chortle and listened to the charming way he goes about writing I’ll have to revisit them.

Funniest quip: When host Al Senter joked that he should go head to head with Usain Bolt - by the time Bolt takes off his shoes McCall Smith will have written another book (six of his titles are being published in the U.K alone this year).

Best insight into his craft: When he realised how much the ladies like the narcissistic Bruce from the 44 Scotland Street series he decided to bring him back. He discovered his female readers particularly enjoy Bruce’s shower scenes, so, “now when I can’t think of anything else to write, I put Bruce in the shower.”

On 50 Shades of Grey: He hasn’t read the book and says he won’t either, but he’s pleased with any novel that brings a profit to its publisher because inevitably that money goes back into other works.
What are your favourite McCall Smith novels? 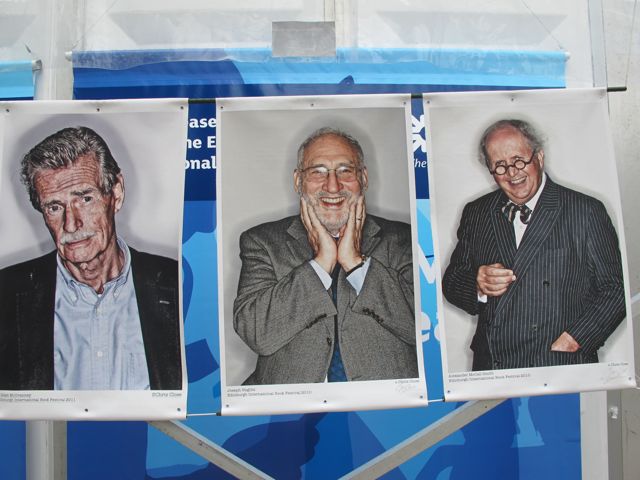