I'm currently hanging out in New Orleans (bookish posts to follow) but before I leave San Francisco behind completely I want to share with you a few of its institutions.


Beat writer Lawrence Ferlinghetti opened City Lights Booksellers and Publishers in 1953. It's known mainly for its 1956 publication of Allen Ginsberg's Howl and other Poems for which Ferlinghetti was charged with obscenity. The judge in the ensuing trial ruled that the poem had not been written with lewd intent. Today the store still holds true to its progressive political values.

Vesuvio Cafe was a favourite drinking spot of Jack Kerouac's. Just across the road from City Lights, it remains a monument to jazz, poetry, art and the Beat Generation. 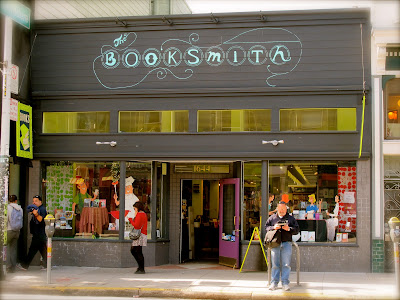 The birthplace of the summer of love back in the 60s, The Haight retains its slightly alty air despite attracting hordes of tourists each day (including myself.) The Booksmith is one of the city's premier literary venues. When I was here David Talbot had just appeared to promote his book Season of the Witch - a brilliant account of San Franciscan life in the 60s and 70s. 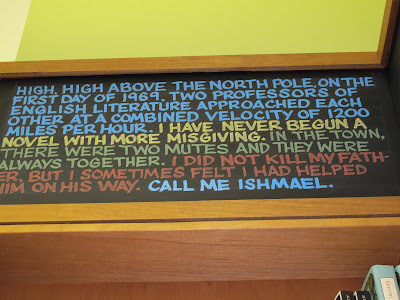 Framing the fiction section at The Booksmith are the first lines of some of the the world's most famous titles. It's fun times figuring out how many of the sentences you recognise.