Edinburgh's anonymous book sculptor is back! I wrote about her ten literary offerings last year, discovered in various institutions around the city. Now, 12 months to the day since the mysterious paper sculptures were dropped off at the Edinburgh International Book Festival and the Edinburgh UNESCO City of Literature Trust, Book Shop staff in Charlotte Square have found a number of delicate and beautiful paper flowers around the site.

The flowers, each slightly different, come with a note and a quote from Oscar Wilde:  “….. freedom, books, flowers and the moon,” and on the reverse, "A Gift For You" and a limited edition number of 50.

I wonder where the others will pop up? 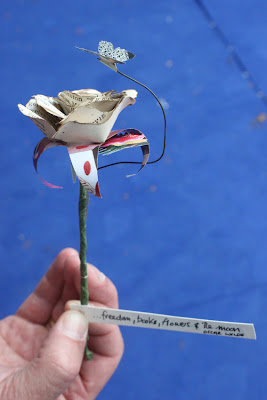 Alexandra Harris and John Mullan
Harris is author of Virginia Woolf, a short introduction to her life and work. Mullan is a professor of English at the University of London and a former Man Booker judge, author of What Matters in Jane Austen?

Harris tells us Virginia Woolf hated lectures and found their deliverers a terrible bore, then launches into a 15 minute lecture on the author’s exceptional writing. At least she acknowledges the irony.

How Woolf seduced Harris: Her humour and her feel for routine and the every day. Woolf’s fascination for the ordinary is everywhere, in descriptions of how a dog lifts its ear when a gate creaks, to the sense of irritation around the dinner table when a person asks for a second helping of soup.

Random fact no. 1: Harris did her A level statistics project on the number of semi colons in the average Woolfian sentence.

John Mullan was one of the most charismatic speakers I’ve witnessed. If he couldn’t inspire a non-reader to make his or her first literary dabble a Jane Austen novel, I’m afraid the cause would be lost.

How he drew in the audience: by conducting a Jane Austen quiz. I now know who is the only woman in Austen’s novels to marry a man younger than herself (27 year old Charlotte Lucas, marries 25 year old Mr Collins in Pride and Prejudice), and who is the only woman in all of Austen to call her husband by his first name – Mary Musgrove in Persuasion. Incidentally, Mary only calls her husband "Charles," rather than Mr Musgrove, when she is annoyed with him and vice versa. Mullan calls the pair "companionably rancourous."

Fascinating fact: Dickens wasn’t a terribly good father or a good man towards the end of his life, conducting affairs and declaring his wife an unfit mother. He was an extremely private man who ordered his friends to burn his letters after reading - they didn’t - and they’re now a biographer’s best source of information.

On authors: Every writer has failings, and often the ones who strive for perfection are less interesting than those who bound forward with some flaws. 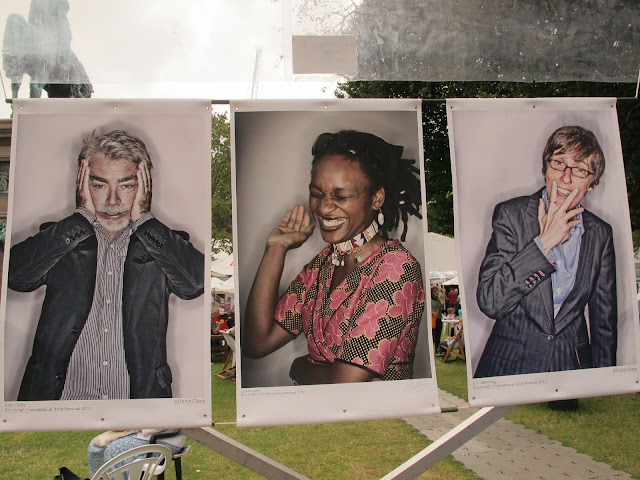